Some of My Favorite Hankys from My Collection

1) Boy's Arctic Walrus Hunters Handkerchief
This on eBay find is so cool!. It is a child's handkerchief in its original box, with its originally glued on tag and the gift tag. In 1911 Howard White received this Christmas gift from his Uncle Eddie. 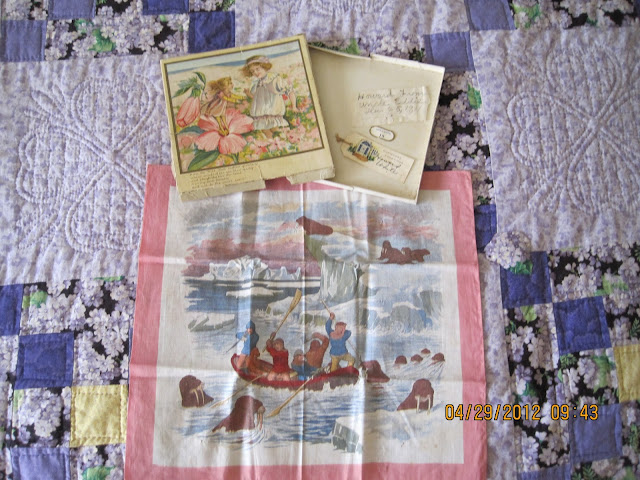 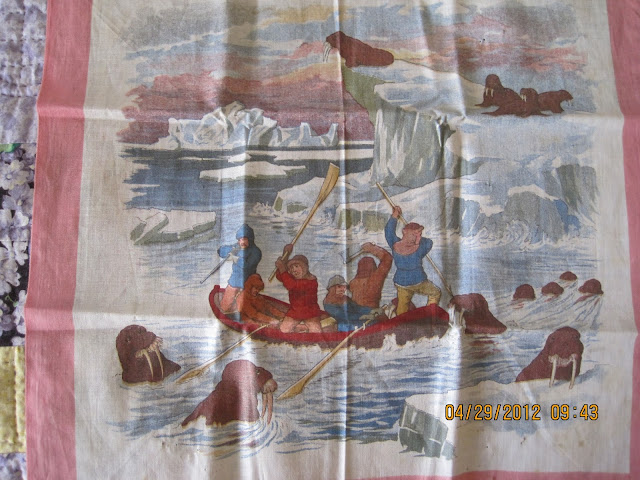 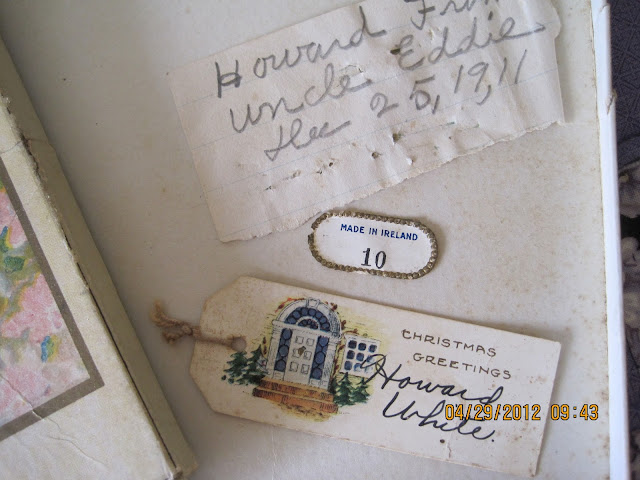 The handkerchief is not politically correct by today's standards by any means! No way would anyone today give a child an illustration of  men clubbing walruses! But in 1911, Arctic and Antarctic exploration has all the romantic appeal and excitement that space exploration had in the 1960s.

In November, 1911 Robert Falcon Scott began his race to reach the south pole before Roald Amundsen.. Before submitting to the elements in early 1912, Scott left a last entry in his diary: "I do not think we can hope for any better things now. We shall stick it out to the end, but we are getting weaker, of course, and the end cannot be far. It seems a pity, but I do not think I can write any more." Roald Amundsen successfully  reached the pole. Previous polar explorers included voyages by Peary and Cook, and in the 1840s the lost Franklin expedition captured British attention as expeditions to find Franklin were sent out one after another. The Arctic and Antarctica explorations caused huge national and international excitement.

What little boy would not have been thrilled with this handkerchief! 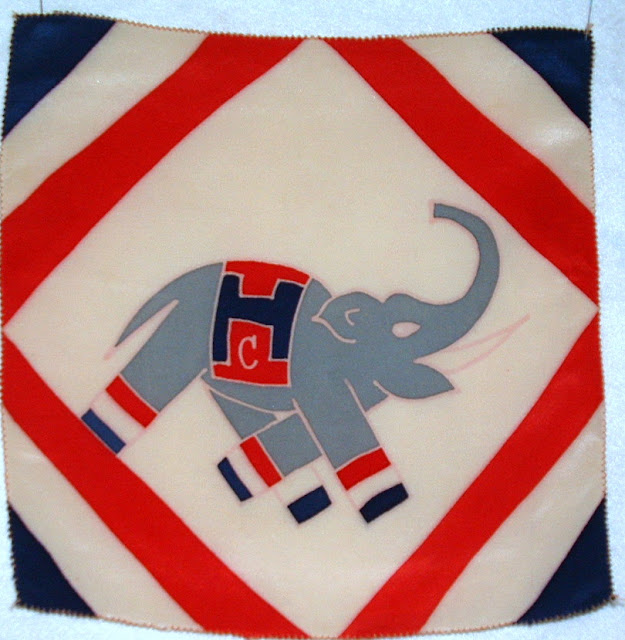 This silk handkerchief was described on eBay as a circus elephant. Well, I did not believe for a minute it was a circus elephant. It was obviously a Republican political hanky. I bid on it-- and then did research. The blanket on the elephant's back has a prominent "H" and a smaller "C". That lead me to look at Herbert Hoover.

In 1929 Herbert Hoover was elected President of the United States, with Charles Curtis as his Vice President. Today we mostly hear about Hoovervilles and Hoover's failed policies regarding the stock market crash and the ensuing economic disaster we call The Great Depression. What we forget to tell our school children is that Hoover was a compassionate man who organized humanitarian aid to Europe during and after the great World Wars, feeding friend and foe alike. Curtis was a supporter of the five-day work week with no reduction in wages, enabling job sharing, as a solution to the lack of jobs during the Depression. Some day I will donate this to the Hoover Historical Center, as they had not seen it before. It gave me great satisfaction to know I recognized an important bit of textile history! 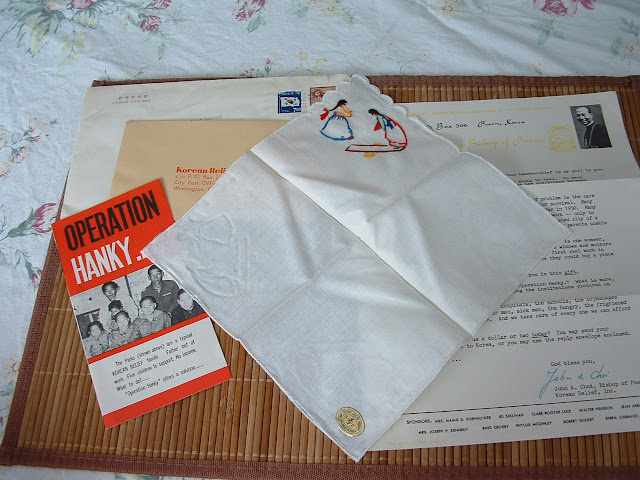 There are literally millions of these embroidered hankies of two pig-tailed girls playing on a teeter totter. They are found everywhere. I had one in my collection but thought nothing of it until this collection appeared on eBay. The letter and booklet with the handkerchief told the story of am amazing mission in Korea called Operation Hanky.

"Father Al" Schwartz was a Roman Catholic priest assigned to Busan, Korea in 1957.  In 1963 he initiated Operation Hanky Self-Help Embroidery Program, employing 3,000 impoverished women. The women were given cloth and embroidery thread, and the work was done in their own homes.  His early experience as a Fuller Brush Salesman led him to develop a letter campaign with a hanky as a premium. The appeal had a one out of three success rate of response, compared to a 7% response before adding the handkerchief. In 1964 there were one million mailings!

Father Schwartz used the proceeds from Operation Hanky to build a hospital, two dispensaries, and orphanage  and old-age home, a school, a day care center, an irrigation project, and a cooperative farm program! In addition he granted funds to hospitals, leper colonies, orphanages, schools and charities across Korea.

Is it any wonder that Father Al is being vetted for sainthood? 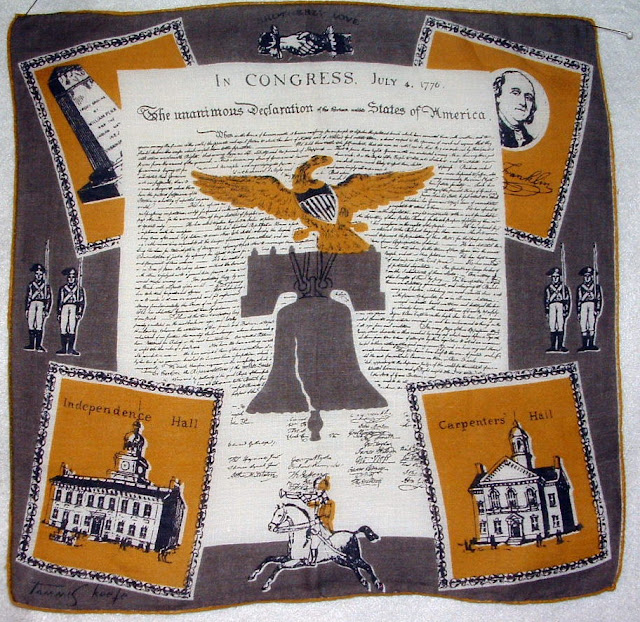 Tammis Keefe is one of the best known and most collected textile designers. In the recent past her rarer handkerchiefs have sold for between $50 and $100! When I started collecting her handkerchiefs, they could be found at flea markets and garage sales for a quarter or a dollar. Find out more about Keefe  at http://www.tammiskeefe.com/ . Keefe designed souvenir handkerchiefs for many cities and tourist attractions, including Philadelphia.

We moved from the Midwest to Philly just before the Bicentennial, and it was amazing place to be during those years! We wore "Ask Me" pin-back buttons as we spent our Saturdays visiting the many museums and events, proud (although new) residents. I don't recall many tourists actually asking us anything. As a girl I was interested in Colonial and Early American history. Being in Philly we had the chance to visit the historical sites we had read about.

So this hanky reminds me of those great days in Philadelphia.

5) "Meet Me At the Eagle: Handkerchief

Another Tammis Keefe favorite of mine, which I have in four color ways, is this Meet Me At the Eagle! 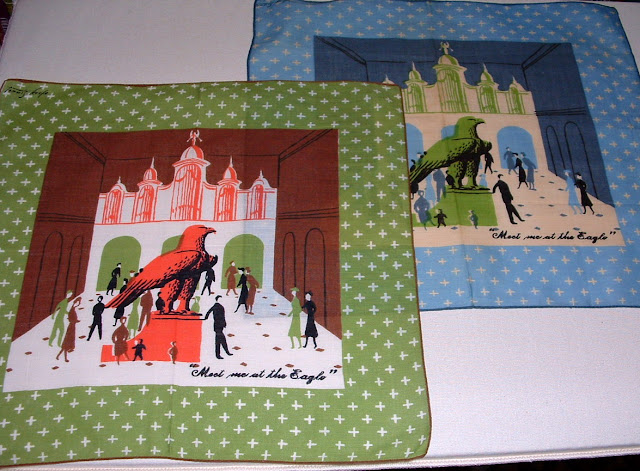 We used to ride the subway, trolley, or el to downtown Philly for shopping. In those days, Lit Brothers, Strawbridge & Clothier, Gimbel Brothers, and John Wanamaker had massive stores a few blocks from each other. http://philadelphiaencyclopedia.org/archive/department-stores/ has a great history of these stores. There is nothing like shopping in one of these old department stores. They are beautiful. They have whole floors dedicated to whatever you are looking for. They had women's lounges to rest your weary feet.

Wanamaker's can be seen in the movies "Mannequin", where the hero saves the store owner as she leaves the store and in  "Blow Out" with John Travalta crashing into a display window. You can read more about Wanamakers  at  http://en.wikipedia.org/wiki/Wanamaker's

After moving to Philly we soon learned what "Meet me at the Eagle" meant. Wanamaker's Grand Court was  amazing! It was built for the Centennial Exposition to lure in tourists from across the world. it includes one of the world's largest pipe organs. And it included a massive bronze eagle that came from the St Louis World's Fair. Soon people were arranging to "meet at the eagle". Wanamakers is now Macy's, but the eagle is still there.

I think I will do a few more posts on some of my favorite handkerchiefs. This has been so much fun!
Posted by Nancy A. Bekofske at 3:03:00 PM No comments:

Search for Helen is Laid to Rest

I wrote a post on this some years ago.

About a dozen years ago I found a 1917 diary in a south Lansing, MI flea market. It was a lot of money but I was very intrigued and paid $15 for the diary. The author was a young student teacher named Helen Korngold of St Louis, MO. She was a vibrant, intelligent woman with strong family ties. I felt I knew Helen from her diary, and did genealogy research to find out more about her. I have her family tree on ancestry.com. 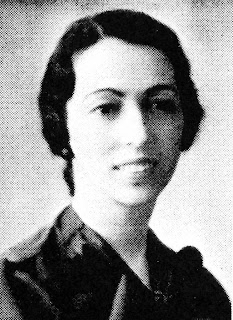 I made a series of small, page like quilts that included scanned images of her diary pages, and the quilt appeared at the Women's Historical Center as part of a small quilt show. 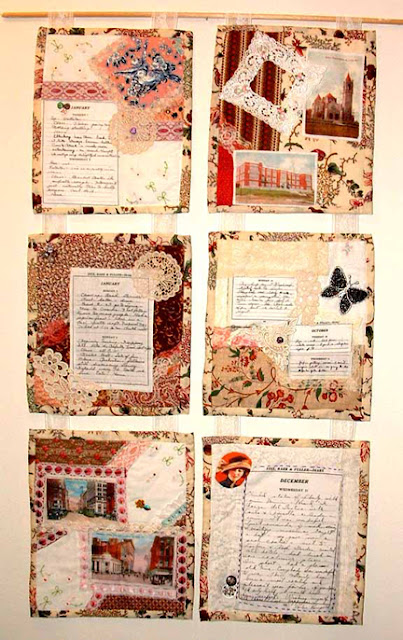 After all these years, I have finally found out what happened to Helen and how her diary came to be in Lansing! She showed up on another family tree on ancestry.com. I had all the information up to the late 1930s, but this tree had a spouse and death date and place.

In 1936 she was teaching in a St. Louis high school. In 1940 she appears in a Ithica, NY city directory married to Frtiz Herzog, who became a well known mathematician. By 1945 they were in East Lansing and Fritz was a professor at Michigan State University. He has a Wikipedia page!

Helen died at age 90 in 1988, and Fritz died in 2001 at age 98. Because they married late in life, they had no children and the diary was likely sold off with other personal items. And so I found the diary shortly after, and read it, and Helen, at least for me, was alive again.

Growing up I loved biographies. And as a young adult started to enjoy reading diaries, including Samuel Pepys, which I have read in its entirety. I kept a diary starting in junior high through high school, and off and on throughout my early adulthood. I find diaries fascinating.

I had once hoped to find a family member who would want the diary. In the past I have tracked down heirs and sent them ephemera or letters that were in my grandfather's papers. I feel that everything has a proper home. Now, it appears the diary is mine and some day I will donate it to its proper resting place.