When the World Was Young by Elizabeth Gaffney

The advanced praise was promising. So I was very happy to have received this book from Random House through NetGalley for advanced review.


It is Brooklyn, New York City, on V-J Day. Wally is interested in ants. Her grandmother and mother are both physicians and it is assumed Wally would go to medical school. But at seven years of age she only wants to start her own ant colony, under the direction of the family maid's son, Ham. WWII had taken Wally's father away, and Ham had never known his dad. Wally's womenfolk were busy with their careers. And so Wally and Ham grew up together like siblings.


Then things start to go awry.


Wally's life unravels with loss after loss. She grows up, still studying those ants, and finds love---in all the wrong places it seems. In the early 1950s she learns the truth behind her family's story, and accepts the consequences of the choices she has made in her young life.


See, you want to love this book. But I nearly gave up reading it because it became too much like a soap opera. Too many tragic events take place, and the character development does not help us understand the motives behind the choices. Also I was not too impressed by the women who get bored with their men and seem to believe that love is only about sexual spark.


The book deals with Big Issues: interracial relationships, the Atom Bomb, suicide, what makes a family, what is love, how to handle loss, the consequence's of keeping secrets. Perhaps Gaffney needed to use an editing eye, for any one of these issues would have been enough for one book. 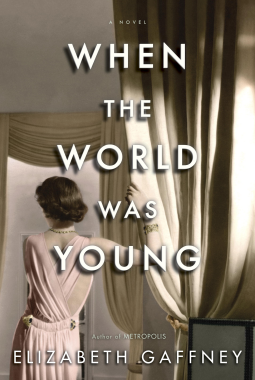