Helen's father is on the road to recovery and she begins her third teaching job.

November
Monday 3
Teaching at Harrison. I’m as “stern as stern can be” – youngsters are lambs.

Tuesday 4
This is a pipe dream. The kids are so cute.

Sunday 9
Over to Pauline’s – Satellites in evening.

Notes:
From an article on the Benjamin Harrison School found at http://preservationresearch.com/historic-preservation/harrison-school-slated-for-rehabilitation/

Benjamin Harrison School is a magnificent example of the earlier St. Louis Public School buildings. The basic plan comes from architect August H. Kirchner, who designed the original 1895 section of the building. (Coincidentally, Kruntchev’s other school project, Grant School in Tower Grove East, also involved a Kirchner school.) That one-story, four-room section was designed for expansion. After all, the city and the Fairgrounds neighborhood were growing rapidly, and until construction of Harrison the only other school in the vicinity was Ashland School, first opened in 1870. Kirchner made attempts to overcome the limitations of previous school buildings, which were dour, crowded and devoid of proper ventilation and light. Kirchner made the classrooms large with substantial windows for light and air. His ideas would influence his successor as district architect, William B. Ittner, who expanded Harrison School with additions in both 1899 (adding additional floors to the 1895 section) and 1909 (adding the north wing).

The result of the architectural evolution is an imposing Romanesque Revival school whose brick body is articulated through buff brick and red Iowa sandstone. The design is very similar to other Kirchner schools later expanded by Ittner, including Adams and Euclid schools. One of the striking features of Harrison is a kindergarten in the 1909 addition that placed two trapezoidal bay windows on either side of a hearth, an Ittner innovation that was not repeated. 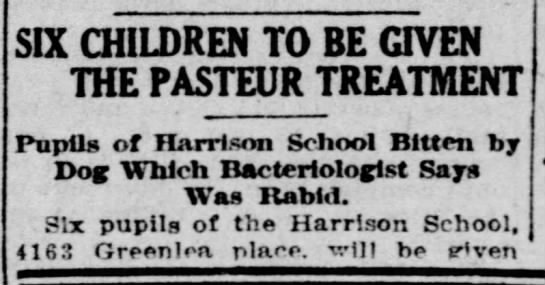 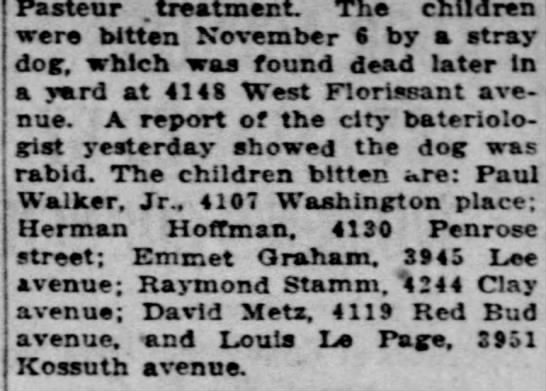 A headline in the Nov. 3, 1919, St. Louis Star and Times shows the continued fear of foreigners after WWI. The coal strike and other labor movements were blamed on outside influencers.

A few pages later, the Star shared the reality of the coal miner's life. 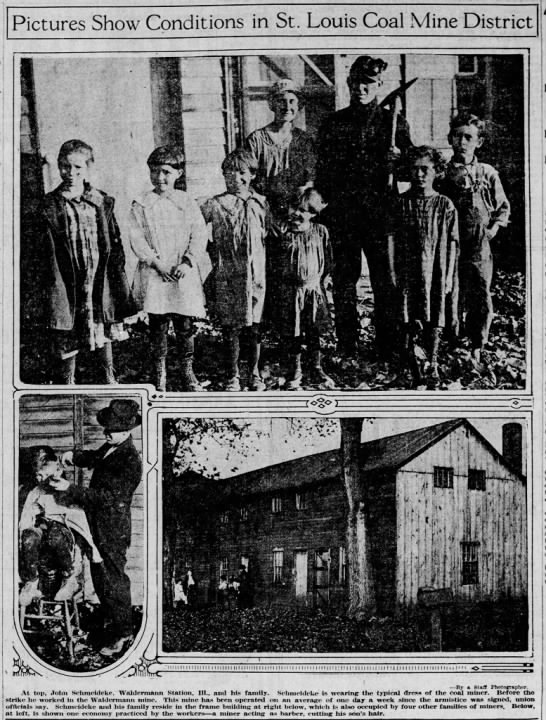 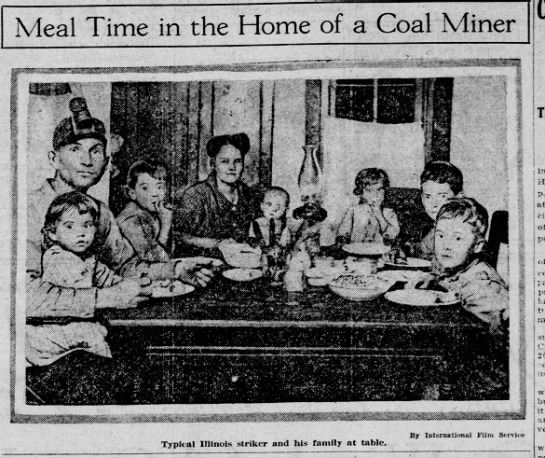 Pubic opinion, in general, was against labor organizing. 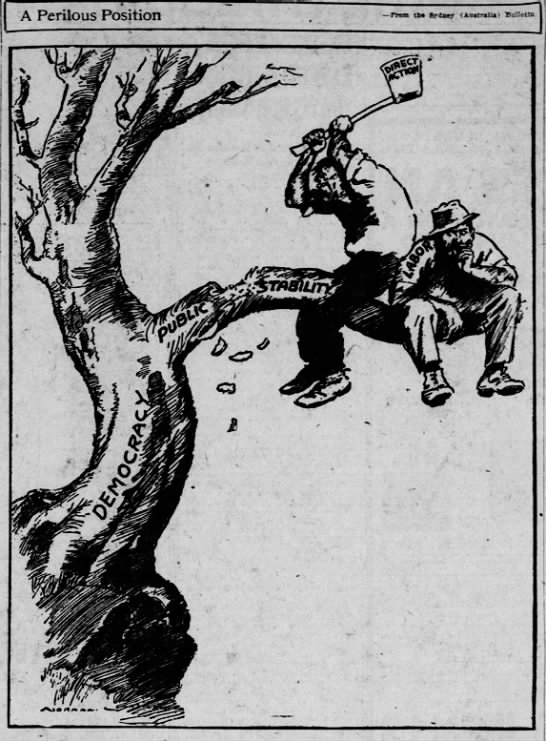 Another instance of how some things don't change, women's dress was blamed for unwanted male attention.

On the other hand, a doctor accused American women of flirting too much but also said that having suitors made women happier and prettier!

" A lack of love affairs would be to my mind more apt to cause that 'tired look' than too great a number. "It is absolutely true that the girl with many suitors looks happier and healthier than the neglected unattractive young woman," continued Dr. Hinkle. "Attention satisfying the ego, makes her feel her own value. Her opportunity to pick and choose from many men gives her a feeling of power. The unsought girl suffers an agony of unappreciation that reflects itself in her unhappy look." 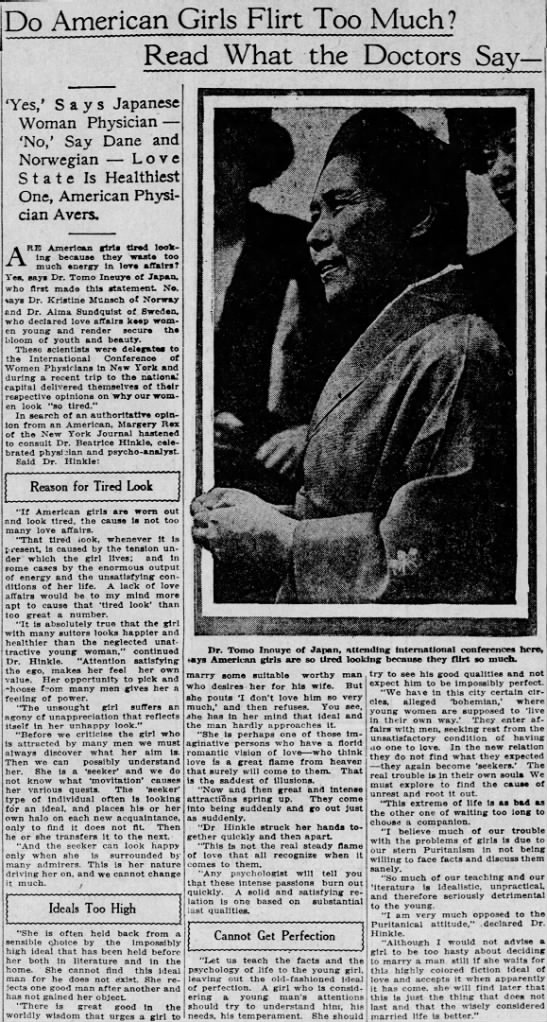 On a lighter note, there was a contest for the best Uncle Wiggly Doll 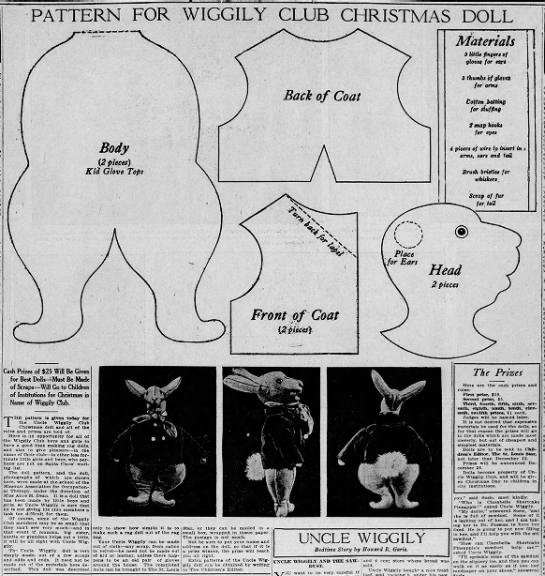